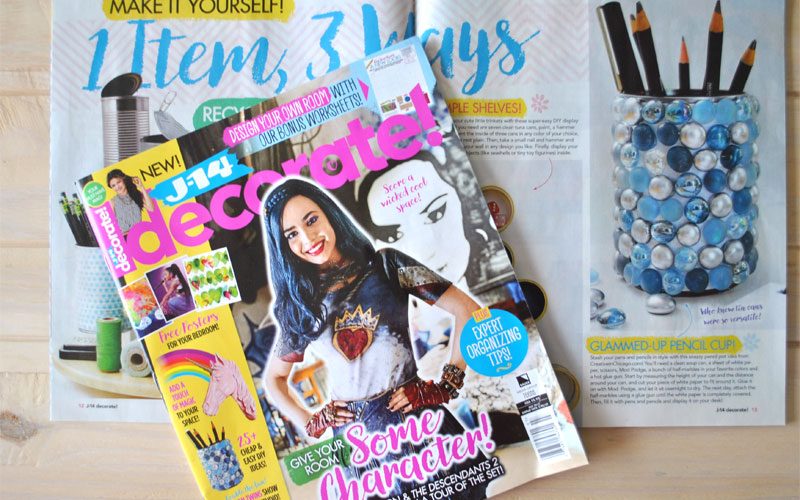 So… back in April I was contacted by the Lifestyle Editor of J-14 Decorate magazine asking if they could feature my DIY bling pencil pot in their summer issue. It was a no brainer and I said yes! All they needed was a high resolution photograph which fortunately I had (said pot is currently in storage after the sale of Chicago house!). 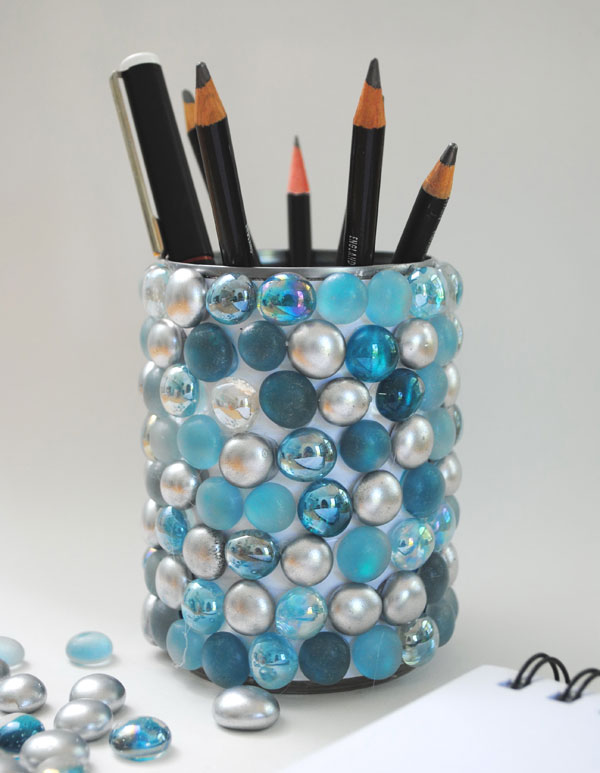 I have not come across the magazine before, it is only issued four time a year and is aimed towards early teenage girls.  My project was part of an “upcycle your old tin cans” spread and also appeared on the front cover too. How cool is that! 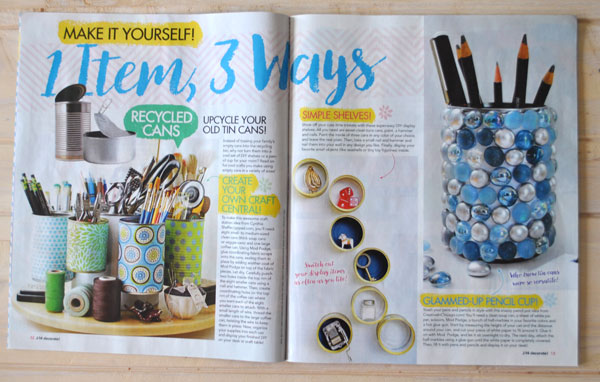 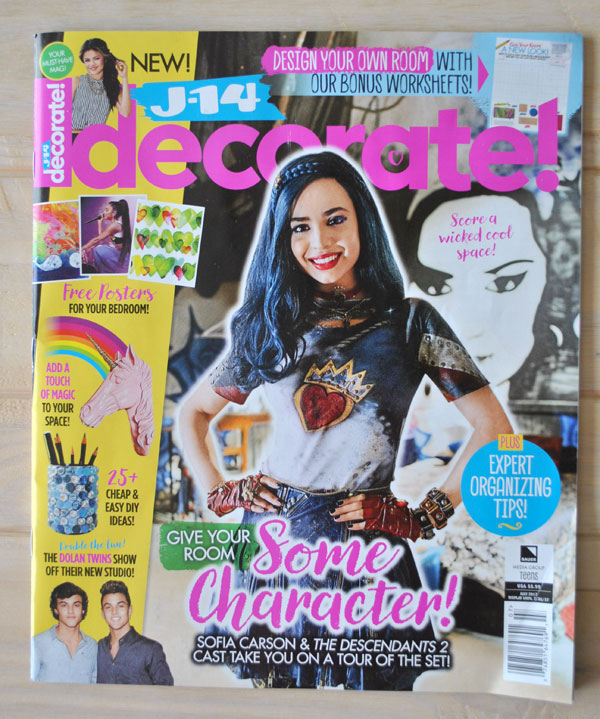 error: Don\'t even think about stealing these copyright protected images